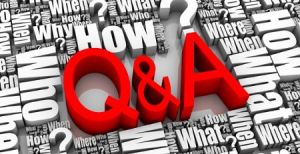 In the following exchange Minister Hogan appears to reverse his previous position on self-building. He suggests the role of builder should be a separate appointment, with no mention of an owner undertaking the role of builder. This view is supported by recent legal advice obtained by the representative body for self-builders in Ireland (IAOSB) and separately confirmed yesterday in a CPD event attended by 500 architects run by the architects’ representative body, the RIAI in the Aviva stadium. Keynote RIAI speaker, Orla Fitzgerald, suggested that under the Code of Practice definition self-bulding would no longer be possible after 1st March 2014.

The minister appears to be recommending that the voluntary register, CIRI, the privately run voluntary directory and register established and operated by the Construction industry Federation will be the standard for competency for the role for builder under Building Control (Amendment) Regulation (SI.9 of 2014).

Extract below with Minister’s reply in italics (relevant section in bold,)

110. To ask the Minister for Environment, Community and Local Government the provisions that are made for non-direct labour in the draft building control regulation plan; and if he will make a statement on the matter. [47238/13]

Generally speaking the requirements of the building regulations, which represent the minimum legally enforceable performance standards, apply to a newly constructed building or to an existing building undergoing an extension, a material alteration or a material change of use. The Building Control Act 1990 firmly places the statutory responsibility for compliance with the requirements of the building regulations on the owners, designers and builders of such buildings. Earlier in 2013, I signed the Building Control (Amendment) Regulations 2013 into law with a view to ensuring that effective administrative arrangements are in place by which those responsible can demonstrate how their statutory obligations have been fulfilled. These Regulations will usher in a new era of quality and a new culture of compliance in an industry where consumers have in recent times too often found that work on their homes does not comply with the minimum requirements set out in the building regulations.

For relevant building projects commencing on and from 1 March 2014, the regulations will require design drawings and particulars, certified by a registered construction professional as having been designed to comply with the requirements of the building regulations, to be lodged with the local building control authority; inspections during construction to be undertaken by a registered construction professional known as the assigned certifier; and certificates of compliance in respect of the works or building as completed, to be signed by the builder and the assigned certifier.

The owner will be responsible for ensuring that they appoint a competent builder – a register of builders, contractors and tradespersons known as the Construction Industry Register Ireland (CIRI) will be established on a voluntary basis for this purpose on or before 1 March 2014 and placed on a statutory footing by 2015 – and that they employ a competent registered professional to undertake the roles of designer and assigned certifier.

In the case of an existing home, the Building Control (Amendment) Regulations 2013 will only apply to works involving the addition of an extension which is greater than 40 square metres, or to works to an apartment which would require an application for a Fire Safety Certificate. nor works or works of a repair and maintenance nature do not come within the scope of these regulations. Accordingly, the new obligations to lodge drawings, to inspect during construction or to sign statutory certificates would not apply, although the relevant requirements of the building regulations must be complied with in all cases.

It may also be worth noting that the Safety, Health and Welfare at Work (Construction) Regulations 2013 came into effect on 1 August 2013 and have implications for construction projects in dwellings which involve more than one tradesperson, which involve a particular risk or which extend beyond 30 days or 500 person days. I have no function in relation to this aspect of the matter but it is relevant to a full understanding of the context in which works are undertaken in existing dwellings.