In case anyone missed this this is an excellent legal view on the lack of enhanced consumer protection in BC(A)R SI.9 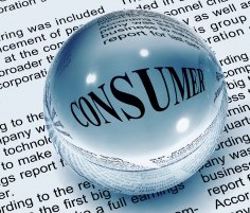 This is a guest post submitted on 14th March 2014 for the blog to put slides delivered at the Engineers Ireland CPD event of January 2014 in context by DEIRDRE NÍ FHLOINN, Consultant, Reddy Charlton, Solicitors. Guest post to follow:

I was recently asked to address a CPD event organised by Engineers Ireland on the subject of the Building Control (Amendment) Regulations 2014 (BCAR 2014), with a particular focus on the consumer perspective.

I considered in that respect whether the Regulations created any new rights for consumers.

When publishing the 2013 Regulations in April 2013, the Minister characterised the Regulations as a rolling set of guarantees

BCAR 2014 has been described by various commentators, and in the media, as being intended to deal with major building failures such as that which occurred at the Priory Hall development in Dublin.

The residents at Priory Hall had two enormous problems. …