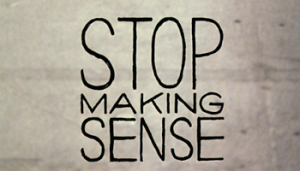 We saw this recent Irish Independent article from the 5th April regarding recent government plans to help developers construct more houses to meet current demand. The “build for sale” or speculative housing sector is the one that was specifically targeted by the Minister in the new building regulations, BC(A)R SI.9. One of the unintended consequences of SI.9 has been the stalling of many self-build dwellings all across the country due to the requirement in the regulation to use a “competent” of established builder to complete all qualifying projects. Despite sometimes conflicting advice to the contrary from the Department and the Minister, many self-builders have put plans to build their own dwellings on hold until they get definitive advice from the Attorney General as to whether it is still within the law to self-build or not. See post here “Self builders write to Attorney General”

The representative body for self-builders (IAOSB) have complained about the new regulations to the European Ombudsman, stating that the requirement to employ a CIF registered contractor is restrictive and will result in 1,800 self-builds being abandoned in a 12 month period alone. See post here

In contrast to the situation in Ireland, recently in the UK incentives were introduced to encourage self-building and increase the supply of housing to the market. The UK system of 100% independent inspections accomodates alternative methods of procurement such as self-building. Introduction of a system similar to that in operation in the UK, at no cost to the consumer, was proposed by past presidents of the RIAI Michael Collins and Eoin O’Cofaigh in our post “How do we fix BC(A)R SI.9“.

We find ourselves in the remarkable situation while on one hand the tradition of self-build has being ended abruptly by the Minister, then on the other the Government are introducing incentives and supports to encourage the speculative housing sector, the one sector responsible for systems failures like Priory Hall. Minister Hogan recently confirmed that only 100 commencement notices were lodged under SI.9 for the month of March for the entire country. Of this approximately 70 were qualifying residential projects. This is an 80% drop on March 2013 levels. If the “BC(A)R SI.9 effect” does not reverse itself soon, and this pattern becomes established, we could see over 2,000 once-off houses abandoned in the next 12 months. Remarkably similar to the IAOSB forecast. Commencements appear to have “fallen off a cliff”.

We wonder which lobby group made the most impact during the formation of BC(A)R SI.9? With consumer groups excluded from detailed stakeholder negotiations with the Department since mid 2012 one does not have to look far to see who wins and who looses under the new regulations.

IT has to happen eventually, but that doesn’t mean everyone will be happy about it. The Government’s plans to ease the cashflow to builders in an effort to get construction moving again will be deeply, deeply unpopular in some circles.

Rightly, people who have seen their lives destroyed by the crash will be asking why developers should get a leg-up when they cannot afford to build houses themselves.

Unfortunately, that argument misses the point.

House construction has basically stopped for the past five years to the point where there is a shortage in Dublin. Prices are now rising by as much as 25pc a year in parts of the capital because supply is so tight, and there is a very real danger that a new housing bubble is starting.

Yesterday, a report from the Housing Agency estimated 80,000 houses need to be built in cities over the next five years.

Where is that building going to come from? At the moment there are very, very, few new housing developments taking place.

By one estimate, there will be only 750 new homes built in Dublin this year.

The problem for builders is simple. They can’t get the finance together to build new homes, or else they can’t sell new homes at a price that justifies building them.

We can’t have it both ways. We can’t complain about rising house prices and the shortage of family homes on one hand, but prevent new houses being built on the other.

The devil will be in the detail but on the face of it, the Government’s plan makes sense. We may not like them, but we need developers to get out and build new homes – and in some parts of the country, we need it very quickly