In this RTÉ interview on Morning Ireland on 21st May 2014, Construction Industry Federation (CIF) Director Tom Parlon discusses lobbying of government in the midst of the current political storm over homelessness. He notes the additional costs of new building regulations and discusses how professional certifiers will now be giving a guarantee of contractor’s work under the new regulations.

Other posts on legal aspects:

I can understand the motives behind the Building Regulations amendments that concluded in S.I. No.9 of 2014; that is the attempted prevention of fails such as Priory Hall and the improvement of construction standards in Ireland. But as we have seen in the numerous posts on this web site, it is unlikely that this will be the case; the exact opposite could occur that there is nothing effectively stopping a Developer employing his own Assigned Certifier and registering as a builder on the Construction Industry Federation (CIF) register.

This post however explains what I believe is the biggest failure; the lack of choice the consumer now has in his construction project.

Any person now wanting to construct his own house or an extension over 40 sqm can only employ a restricted number of personnel for the project; the ‘Designer’ and Assigned Certifier can only be a  Registered Architect, Chartered Engineer or Chartered Building Surveyor. The builder can only be a construction company registered with the Construction Industry Federation (from 2015). Where is the consumer choice in this?

You may ask why a person who is one of the chosen professionals is raising such an issue? Firstly a large percentage of my clients were self builders; under the new regulations they are now forbidden from constructing their house or extension, Amanda Gallagher (in a previous post) pointed out was something even North Korea allowed! Secondly, I believe in customer choice; a person should be able to decide whether they want the cheapest, or the most expensive, a building that is architecturally designed or straightforward but built well. I’m not saying which profession equates with each characteristic; there are plenty of well designed buildings not designed by architects and there are plenty of well engineered buildings that don’t look well. What I am saying however is that the consumer should have a choice and at the moment they do not. I am well aware that my fees are not the cheapest in the market; anyone that can afford an architect over a ‘draughtsman’ will still be able to afford an architect; what is important however is that the consumer should be able to choose which person will design and construct his house and again, at the moment they cannot.

But surely the construction standard would drop if anyone can design and certify? The problem is that the entire self-certification system in Ireland is wrong; you should be able to have anyone design and construct your house as long as you meet all the planning and Building Regulations requirements. This is the system in the UK, the consumer has a much greater level of choice, they can choose from draughtsman to architect, from Architectural Technologist (whose lack of inclusion  as Designers/Assigned Certifiers is a criminal injustice) to Chartered Engineer. So how do we ensure that the Building Regulations are met in a new construction without self-certification? The answer is in the full deployment of Building Control Officers inspecting all the drawings and regular site visits on all construction projects to ensure that all aspects of the construction are compliant with Building Regulations – exactly as they do in the UK.

In conclusion the failure of S.I No. 9 of 2014 lies in the Government implementing legislation that reduces consumer choice and as we have seen in previous posts offers no better consumer protection. 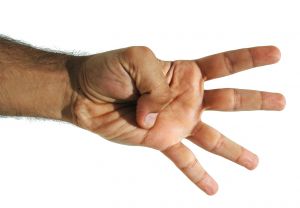 The following short posts were submitted by a registered architect to help others negotiate through the difficult implementation issues associated with BC(A)R SI.9

1. Don’t write the Inspection a Plan if you are not the Assigned Certifier. If there is a problem later the AC (or their PI insurer) could try to make you liable for not including something.

2. Get the Assigned Certifier to confirm that your design and specification are compliant before they lodge the Commencement Notice. Get it in writing with a copy of all the documents attached and signed off.

3. Copy any design changes during the site stage to the Assigned Certifier. Make it their responsibility to tell you in writing within 1 week if anything is not compliant. This will save you from any disputes at completion when it is too late.

4. Tell every other designer (design team, sub-contractors and specialists) that it is their responsibility to get design changes signed off for technical compliance by the Assigned Certifier before the drawings are issued. 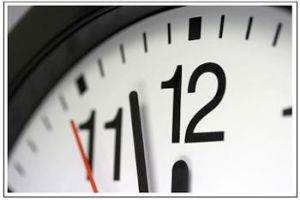 The following guidance was issued to RIAI practices on May 19th 2014 regarding time required for a range of typical school projects. Although school projects are not typical and make up only a small percentage of construction output the time needed  may be useful for calculations of more mainstream project types. Here is an extract from the recent RIAI Practice guide:

Over the past months an RIAI expert group with substantial experience in school buildings,  has discussed Transitional Arrangements with the DES for the application of BC(A)R to existing school commissions already entered into by the DES with RIAI registered architects.

These discussions were focused on establishing a shared understanding of the breadth and scope of work that would be necessary for practices to comply with SI 9, the Code of Practice and the emerging interpretation of the new protocol and to provide a basis for a full discussion of the relevant cost of the service for each individual project.

It should be noted that these discussions with the Department related only to transitional work, projects where there is a service agreement in place.  It is the Department’s intention to provide commissions for future work on a competitive basis and to include the AC role as part of the architect’s remit.  It will be open to the practice to provide the service from within the practice or have it covered by an external consultant.

In the discussions it was assumed that:

SI 9, the full suite of Guidance Material, BC(A)R Certificates and Pro-forma Documentation on BC(A)R that is available to Registered Members of the RIAI, the understanding of the new responsibilities and duties developed by the RIAI Working Parties, and the presentations made at CPD Sessions were the background to the consultation with the DES.

The result of the discussions is attached in the Charts of Estimated Hours for projects from 1 to 15 million Euro.  These are also summarised in graphical form (see links at end of this item).

In the development of each table some familiarity with the new system on the part of the Architect is assumed, the project size is given and a distance from the Architect’s office is stated.  The number of days necessary to complete each task is estimated and it is assumed that the project is without particular complexity. The suggested days relate to the upper end of each cost band.

The time estimates for each project size should be seen only as guidance for practices in estimating the fee necessary to complete a particular project and it should be borne in mind that the AC and the Building Owner have a specific duty to ensure that all the resources necessary are available to carry out the duties imposed by the new legislation. The actual hourly rate per day charge is a matter for practice to decide.

Areas that need to be fully taken into account in agreeing a Time/Fee proposal with the DES would include:

It is likely that existing commissions include hourly rates for various personnel.  Practices should assess the relevance of the rates to each particular project and consider their relevance to the new work needed for compliance. 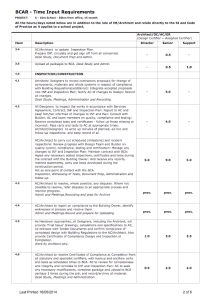 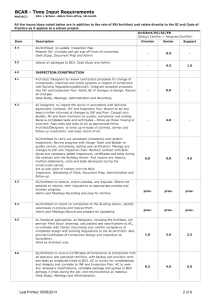