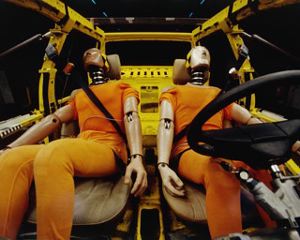 The following opinion piece was submitted on 9th June in response to recent media coverage and concern regarding the re-occurrence of pyrite in new construction. This post is a general opinion piece not a specific commentary on a number of projects currently identified as containing defective pyrite blockwork.

Private housing and the pyrite issue – who will pay the next time?

Why did the Minister amend the Building Control Regulations?

The Minister for the Environment amended the building control regulations for two reasons. Those reasons were: (1) Priory Hall and (2) The pyrites problem. He felt that the designers and builders should be made fully responsible for what they do. The new regulations require an Assigned Certifier to sign off on the completed building.

Did anybody point out to the Department of the Environment that the new Building Control Regulations might not deal with the potential Pyrite problem before the legislation was introduced?

They did. The Pyrite Panel, appointed by the Minister to report on how to avoid a reoccurrence of the pyrite problem, said:- “The system of independent inspections, carried out by the building control officers, should be strengthened.” When S.I. 80 of 2013 and then S.I. 9 of 2014 ignored this recommendation, the writing was already on the wall for the next disaster.

What is likely to happen if the concrete blocks in a recently-built house are found to contain pyrite?

The house will have to be demolished and rebuilt. This will cost on average in the region of €200,000 each time, as well as the cost of relocating the home owner and their family for 1 year while the work is done.

Who will pay for this?

Under the new Building Control Regulations this remains to be seen. The house owner or their insurers will be unwilling to absorb the cost as they relied on getting a defect-free house. However they will need to chase all those involved through the courts to obtain redress.

And surely the Contractor would be liable?

Not if the Contractor has gone into liquidation, or just points out that he followed the architect’s specifications. Under the wording of the S.I. 9 Certificate of Completion, the builder certifies that the building or works as completed has been constructed in accordance with the plans, calculations, specifications, ancillary certificates and particulars as certified under the Design Certificate.

So if the builder builds per the engineer’s specifications, that will exonerate him.

But would the Engineer not be liable, as this is an engineering issue?

Presumably the Engineer signed an Ancillary Certificate. But it has been pointed out by the Law Society of Ireland that there is no need to look beyond the Assigned Certifier’s certificate of Completion. It would be very unwise of the Assigned Certifier to think that she or he can pass the responsibility down the line.

The wording of the Ancillary Design Certificate allows the engineer to rely on the certificates which the supplier gives him. This looks like the engineer’s let-out for the pyrite. If the blocks contain pyrite, they are not per the engineer’s specification, but that’s not the engineer’s fault.

Perhaps. But in order to “kick the liability this far down the line” the Assigned Certifier will need:-

Can the Assigned Certifier avoid paying for it?

The Second Schedule to the Building Regulations requires, at requirement D2:-

“All works to which these Regulations apply shall be carried out with proper materials and in a workmanlike manner.”

“Proper materials” means materials which are fit for the use for which they are intended and for the conditions in which they are to be used, and includes materials which comply with an appropriate Irish Standard or Irish Agrément Certificate or with an alternative national technical specification of any State which is a contracting party to the Agreement on the European Economic Area, which provides in use an equivalent level of safety and suitability.

As the materials are not “proper”, they are not fit for their intended purpose, the requirement has been breached. The Assigned Certifier has certified something which is untrue. He or she will be liable for that untrue certification.

But surely the Assigned Certifier can rely on the “reasonable skill and care” provisions negotiated by the RIAI in the improved S.I. 9?

No. The AC now knows that there is a new and spreading problem with pyrite. An expert witness for the prosecution will establish in five minutes that it would not be enough for the Assigned Certifier to just check that there was a specification.

But won’t the Assigned Certifier have Professional Indemnity Insurance?

So how can an approved professional acting as an Assigned Certifier protect herself be protected in this situation?

By getting somebody else to act as Assigned Certifier at the start. Or consider timber-frame construction!

Would a system of independent inspection of design and construction have coped any better with recent pyrite issues?

It would- if it was integrated with a system which involved the Building Control Authorities actively monitoring building materials (already required under EU Directive) together with a system of feedback from the inspection system and most importantly, the statutory powers to enforce compliance on all suppliers. Assigned Certifiers under SI.9 have no such roles or powers.

What are the professional bodies such as the SCSI, ACEI and RIAI going to do to help their members who may be forced to act as Assigned certifier?

You had better ask them yourself.

The Blog was in contact with a registered professional who has advised Professional Indemnity insurers on defending claims against other construction professionals and who wishes to help colleagues protect themselves. We put a series of questions to ascertain likely implications from the potential pyrite problem (currently affecting Leinster) on the role of the Assigned and Design Certifiers under the recently amended Building Control Regulations. As this is an opinion pieces, we do not endorse or recommend any practices, interpretations or duties in this post. We suggest professionals contact their respective professional bodies with concerns or queries.

7 Comments to “PYRITE & THE ASSIGNED CERTIFIER”