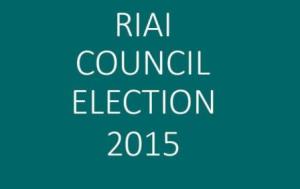 The BRegs Blog has always tried to stay above partisan politics within the various stakeholder organisations involved with SI.9 and focus solely on issues pertaining to the Building Control Regulations. Unfortunately this high moral stance collapses today when we give a big shout out for support for candidates in the forthcoming RIAI Council 2015 election. These candidates have contributed to posts on the BRegs Blog and been part of this debate and open-source resource for sharing information about SI.9.

Our biggest shout out has to go to Mark Stephens who is a candidate for the RIAI Western Region. Mark is one of Ireland’s most prolific architectural bloggers and was shortlisted for the Blog Awards Ireland and Be2 Awards for ‘Best Use of Twitter in Construction’. He was instrumental in helping to get the BRegs Blog up and running. Over the last year he has helped with our I.T. issues as this blog brought two posts daily (one on Sundays) to our 1,500 subscribers. We know he would bring 21st century social media skills to the way that any organisation could communicate with its members. Mark Stephens has undertaken the role of Assigned Certifier and written positively on the BCMS; yet he favours independent inspectors. As an “early implementer” he is typical of the diversity of informed opinion that we have on this Blog. He recently authored a solution post “Ten Point Plan for Building Control Regulations“.

Other candidates seeking a seat who have contributed posts to the BRegs Blog include:

The candidates seeking election are:

How much would 100% independent inspections by Local Authorities cost?

RIAI Past Presidents Paper #1 | The Building Regulations and Consumer protection

RIAI Past Presidents Paper #2 | The Building Regulations and Certifiers’ Liability