Letter to the RIAI President- a self builder’s blog 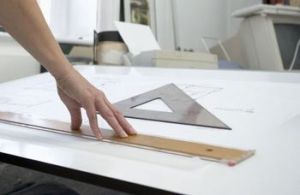 Self builder Amanda Gallagher has written to all three key stakeholder groups involved in the formation of the building regulations, representative groups for engineers, surveyors and architects (ACEI, SCSI and RIAI). She has queried that the status of self-builders and has asked that advice given to respective members whether self-builds can be certified under the new regulations or not. The following letters were sent to Mr Robin Mandal, President of the RIAI(Royal Institute of Architects of Ireland) last month, April 2014. We will be posting letters to ACEI and SCSI in this series also.

RE: Self Build Issues unresolved

I hope this letter finds you well. I am still awaiting a reply from you and Mr Graby regarding most pressing issues facing self builders in Ireland. (previous letter here: letter to mr robin mandal riai president
I am one of many people who at this present time who feel disheartened and quite frankly let down by the lack of respect shown to us by this Government and the professional bodies including the RIAI.

When myself and my husband first started talking about our dream home the first thing we decided was that it would be a Royal Institute Architect that we would choose to design our family home – and that is exactly what we did – we wanted the very best. In light of the fact that the RIAI refuse to give us answers to crucial questions I am beginning to question whether the RIAI are in fact ‘the best’.

Robin, I can gather from your silence toward me and my queries – that you support and endorse a monopoly on professional services that advantages RIAI members and disadvantages self builders. I know you are in a difficult position and I am sure you sit at home thinking ‘the S.I. 9 would have to come in on my watch!’ – You are not alone – that is what we say too! In fact the silence from all of the key stakeholders of the S.I. 9 is deafening!

You know, if we all worked together we could fix this mess. Two months have now passed and it feels like two years as we were not prepared for this obstacle in our way. Our children get bigger by the day and our house gets smaller by the day – a resolution to this whole mess is absolutely vital to self builders so that they can get on with their builds.

Minister Hogan and his officials in the Department are still ‘saying’ we can self build yet we cannot find a RIAI member who wants to work with us – now why is that? – Surely our government are right? If so, then why do your members refuse to work alongside us?

It is unjust of this government to ban self building – no reason in the world will ever justify it and it feels so depressing to be the ‘lepers’ of building control – no one wants to come near us. There is a real crisis in the construction sector as we speak and the RIAI need to decide how they are going to play their part in ensuring stability in the weeks and months ahead.

I trust that I will hear from you soon.

I refer to my last two letters that I wrote to you regarding the RIAI and its advise to members on the Self Build issue within S.I. 9. You have informed me that those letters were passed on to John Graby for processing. I am most disheartened that you have not answered my most pressing queries. I know to you they are not that pressing but to many people in Ireland, many ordinary families they are crucial.

I recently read the Law Society’s advise to your members (registered professionals) regarding the self build scenario -not to take on the role of Assigned Certifier for a self builder. This in effect renders self building impossible in Ireland today.

I hope you can imagine my horror today after having been informed by a dear friend who attended the Ideal Home Show in the RDS that the RIAI have an exhibition stand there and they are giving out false information: The RIAI seem to have adopted the nonsensical guidelines that localgov.ie are issuing on the S.I. 9 – I refer especially to the points that run side by side – the first being that the RIAI state that you can still build by direct labour if you feel confident that you are competent.

In the next point the RIAI then state the builder must be a competent builder – even suggesting to be taken from CIRI – by the way CIRI is not even available to the public until May – why on earth is there a provision for the CIRI builder’s number on the nation’s legal documents when it is not even up and running? The same can be the said for the rushed implementation of the S.I. 9 – because for the next year (until CIRI is Statutory) the general public can still employ a ‘cowboy’ – all the Key Stakeholders know this and it is shameful that Minister Hogan went ahead despite the rational pleas for a deferral – I want to take this opportunity to applaud you for your valiant efforts in pleading for a deferral.

Can you answer the following:

1. Notwithstanding the IAOSB complaint to the attorney general, the RIAI appear to have assumed a position on self-building in agreement with DOELG advice- that it can proceed under S.I. 9 at present- is this correct?

2. If this is RIAI policy then one could assume the RIAI can, against law society advice, recommend members not to excuse themselves from design and assigned certifier roles for self-builders- is this correct?

3. One would also assume RIAI has obtained legal advice this position is correct, on behalf of members, and if so would the RIAI be so kind as to furnish this to IAOSB and self-builders? Confirmation of a senior council opinion on this would help clarify current misinformation at present.

4. If RIAI have policy on self building in line with above points, now in advance of mandatory register introduction in march 2015, can they confirm this to IAOSB and self-builders?

You know, a great man once said: “We are builders of our own characters. We have different spheres, capacities, privileges different work to do in the world, different temporal fabrics to raise; but we are alike in this – all are architects of fate.” I think all RIAI members should ponder most seriously on why they decided to become architects in the first place – it really is not becoming for members of the Royal Institute of Architects of Ireland to be promoting incorrect and contradictory advice issued by the Minister and his Department?

I note from the recent Seanad Debate on the S.I. 105 that Minister Hogan was most adamant that the majority of members of RIAI are most supportive of the S.I. 9. , including Michelle Fagan past president. I have read two very considered letters by past presidents to date, Padraig Murray and Eoin O’Cofaigh which have the contrary view.

Many self-builders have held off commencement of their projects until the attorney general has issued definitive advice on the matter. The IASOB likewise has reserved their opinion pending attorney general direction, which they feel is a responsible position to their members on the issue. Building a house for many people is the single biggest investment of their lives. The RIAI reproducing Ministerial advice know to be contradictory and conflicting to the public is, in my view, irresponsible and not acceptable to me or any other self builder contemplating commencement at the moment.

The IAOSB have already made a formal complaint against the director of the RIAI John Graby regarding similar reckless statements made in a radio interview in february 2014. My husband was present at the same interview and was very surprised at the advice given. This complaint is listed on the IAOSB site: letter from iaosb to robin manda, riai president

If you have received senior council opinion to back up this position on self builders please forward it on. if not I request a formal correction be issued to the public on the issue as a matter of urgency.