SI.9 is “using a sledgehammer to crack a nut” | Minister Alan Kelly 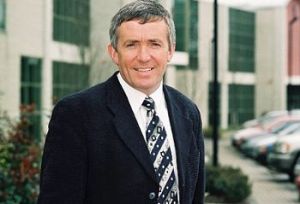 In this article in the Irish Examiner from 24th November 2014, “O’Flynn: Housing bounce impossible without developers”, developer Michael O’Flynn is critical of current attitudes towards developers and suggested increasing housing output can not happen without speculative input. Quote:

“I can’t see this market recovering without developers. But there are people who don’t believe there is any role for developers. And when that crazy misunderstanding exists by a lot of people in this country, you are not going to solve the development situation.”

Mr O’Flynn makes the comments in a documentary to be aired on TV3 this evening (24th November 2014).

However recent Central Statics Office figures would appear to suggest that speculatively built dwellings account for a small percentage of current housing output. In 2013 approximately 8,300 dwellings were completed. Only 16%, 1,326, were registered with House Guarantees and speculatively built. This suggests that almost 7,000 homes were private once-off houses commissioned by owners or self-built.

The representative body for self-builders (IAOSB) have conservatively estimated the percentage of houses built by owners at over 30% of the total in any given year. The percentage may be in fact much higher.

In a recent letter to Minister Alan Kelly the catastrophic effect of hastily introduced and vaguely worded new building regulations has accelerated a slump in the significant self-build sector:

“SI.9 is pricing many lower-end self-builders out of the market. These are at the lower cost end, where owners were hoping to build better quality homes cheaper, on a phased basis, than speculative housing. Over €40,000 extra to build a €180,000 house is an extraordinary cost, and these are the real-world numbers our members are coming back with to us. …What benefit do self-builders get for the huge costs of SI.9? The security of using a CIF contractor?

…We have undertaken surveys of members and to date, for this year, we estimate that between 800 and 1,000 dwelling projects have been abandoned by self builders trying to build a home for their families.”

On 13th November 2014 at an event in Swords, Co. Dublin “Future of Housing in Fingal” Minister Alan Kelly criticised SI.9 saying it was “like using a sledgehammer to crack a nut”.

Widely beleived to be a political solution to the scandal of Priory Hall SI9 was introduced by former Minister Hogan as very costly duplication of paperwork exercise to an entire industry unprepared for this process. The cost to the industry, consumer and taxpayer has been estimated at €5bn by 2020, with no technical increase of building performance and little additional consumer protection. The representative body for Chartered Surveyors last week confirmed costs to the industry would be substantial.

SI.9 also is the biggest drag on Ireland’s competitiveness internationally, impacting on our World Bank “ease of doing business” ranking.

It would appear that policy and indeed regulation is being driven by political responses to the speculative residential sector, and at 16% of the market we wonder is the tail wagging the dog? Recent budgetary changes favouring developers, such as the removal of the rezoning windfall tax, suggest the powerful lobbying of the construction industry is still very much active despite the downturn.

How developers are “adapting” to the new Building Control regulations

The self build world has been thrown into disarray

Opinion: Are builders + developers off the hook with BCAR?

SI.9 costs for a typical house

12,000 social + affordable houses at no cost to taxpayer?

How much would 100% independent inspections by Local Authorities cost?